This past week I’ve managed to find a few good deals whilst looking for new books to read, having usually kept to my nearest Waterstones or WHSmith. However, this time I made myself a challenge to find the best deals that suited my interest in genres, and I managed to find a total of ten books for my usual spending of around three or four. All mentioned below will be added to my to-be-read pile, and I’ll hopefully manage to get through a few before the years over.

Series: The Stars Never Rise Duology
Published: 2016, by Delacorte Press.
Pages: 343
Format: Paperback
Genre: Young Adult, Fantasy, Paranormal, Demons, Science Fiction, Dystopia
Summary: Nina Kane was born to be an exorcist. And since uncovering the horrifying truth – that the war against demons is far from over – seventeen-year-old Nina and her pregnant sister, Mellie, have been on the run, incinerating the remains of the demon horde as they go.

The Hate U Give | Angie Thomas 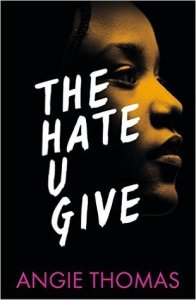 Published: 2017, by Walker Books.
Pages: 438
Format: Paperback
Genre: Young Adult, Contemporary, Fiction, Realistic Fiction
Summary: Sixteen-year-old Starr living in two worlds: the poor neighborhood where she was born and raised and her posh high school in the suburbs. The uneasy balance between them is shattered when Starr is the only witness to the fatal shooting of her unarmed best friend, Khalil, by a police officer. Now what Starr says would destroy her community. It could also get her killed. 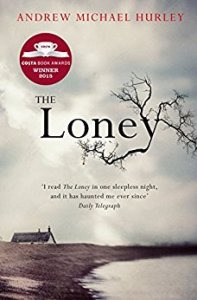 Published: 2016, by John Murray Publishers.
Pages: 360
Format: Paperback
Genre: Horror, Mystery, Fiction, Gothic, Thriller
Summary: Two brothers. One mute, the other his lifelong protector. Year after year, their family visits the same sacred shrine on a desolate strip of coastline known as the Loney, in desperate hope of a cure. In the long hours of waiting, the boys are left alone. They cannot resist the causeway revealed with every turn of the treacherous tide, the old house they glimpse at its end… Many years on, Hanny is a grown man no longer in need of his brother’s care. But then the child’s body is found. And the Loney always gives up its secrets, in the end. 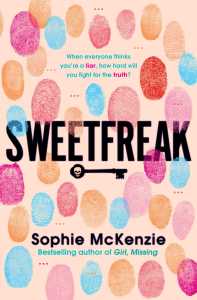 Published: 2017, by Simon & Schuster.
Pages: 337
Format: Paperback
Genre: Young Adult, Fiction
Summary: Carey and Amelia have been best friends forever. Then Amelia starts being trolled by SweetFreak, a mysterious and hateful online account, and Carey is accused of being behind the vicious comments. Shut out by her other friends and shunned by Amelia, Carey is determined to find out who’s really sending the messages. But as the online threats spill over into real life, events start spiraling out of control… Can Carey expose the real SweetFreak before it’s too late?

Series: Frostblood Saga
Published: 2017, by Hodder and Stoughton.
Pages: 371
Format: Paperback
Genre: Young Adult, Fantasy, Romance, Magic
Summary: Ruby is a Fireblood. In a land ruled by Frost, her very existence is a crime. She’s spent her whole life in hiding. Until the day Frostblood soldiers raid her village and kill her mother. The day she swears to avenge her people. She must travel deep into the heart of the enemy, to the court of the Frost King, with only the mysterious warrior Arcus – a Frostblood revel – by her side. But with alliances between fire and ice strictly forbidden, is Arcus friend or foe? Ruby will only have one chance to destroy the maniacal ruler who took everything from her. Bus she has no idea just how hot her fire will burn…

Series: The Witch’s Kiss
Published: 2016, by HarperCollins.
Pages: 423
Format: Paperback
Genre: Fantasy, Young Adult, Paranormal, Witches, Romance
Summary: Merry is an average teenager. She’s also a witch. She is trying not to be, but she is. Then Jack comes into her life and she can’t help falling under her spell. One problem – he’s part of an evil, centuries-old curse that Merry now has to break. If Merry has lost her heart, will she lose her life too? Or can true love’s kiss save the day? Being a witch is dangerous – but being in love is even worse…

A Court of Thorns and Roses | Sarah J. Maas

Series: A Court of Thorns and Roses
Published: 2015, by Bloomsbury Children’s.
Pages: 416
Format: Paperback
Genre: Fantasy, Young Adult, Romance, New Adult
Summary: Feyre is a huntress. She thinks nothing of slaughtering a wolf to capture its prey. But, like all mortals, she fears what lingers mercilessly beyond the forest. And she will learn that taking the life of a magical creature comes at a high price… Imprisoned in an enchanted court in her enemy’s kingdom, Feyre is free to roam but forbidden to escape. Her captor’s body hears the scars of fighting, and his face is always masked – but his piercing stare draws her ever closer. As Feyre’s feeling for Tamlin begin to burn through every warning she’s been told about his kind, an ancient wicked shadow grows. 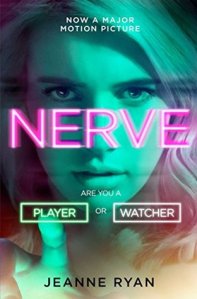 Published: 2016, by Simon & Schuster Ltd.
Pages: 294
Format: Paperback
Genre: Young Adult, Thriller, Science Fiction, Mystery
Summary: Are you playing the game, or is the game playing you? Vee doesn’t know if she has the guys to play NERVE, an online game of high-stakes dares. But whoever’s behind the game knows exactly what she wants ,enticing her with lust-worthy prizes and a super hot partner. With Ian on her team, it’s easy to agree to another dare. An another. And another. At first it’s thrilling, as the manipulative audience, or ‘Watchers’, cheer them on to riskier challenges. But thing quickly get out of hand. Will Vee and Ian risk their lives for the Grand Prize dare? Or will they lose NERVE? 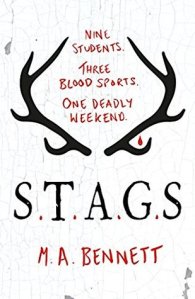 Published: 2017, by Hot Key Books.
Pages: 290
Format: Paperback
Genre: Young Adult, Thriller, Mystery, Fiction, Contemporary
Summary: I turned the card over. ‘RSVP’ to who? There’s no name on it. You are invited to spend Justitium at Longcross Hall, Cumberland. Coaches departing S.T.A.G.S. at 5pm. Friday. R.S.V.P. There are some invitations you just shouldn’t accept. Greer MacDonald doesn’t know that. Yet.

Because I have no Self-Restraint

Series: Throne of Glass
Published: 2012, by Bloomsbury.
Pages: 404
Format: Paperback
Genre: Young Adult, Romance, Fantasy, Magic
Summary: Meet Celaena Sardothien. Beautiful. Deadly. Destined for greatness. In the dark, filthy salt mines of Endovier, an eighteen-year-old girl is serving a life sentence. She is a trained assassin, the best of her kind, but she made a fatal mistake. She got caught. Young Captain Westfall offers her a deal: her freedom in return for one huge sacrifice. Celaena must represent the prince in a to-the-death tournament – fighting the most gifted thieves and assassins in the land. Live or die, Celaena will be free. Win or lose, she is about to discover her true destiny. But will her assassin’s heart be melted?