After the success of February, I decided to continue with the amount of books, feeling at a bit more advantage considered the few extra days March will bring. Also, after completing an awful audiobook I treated myself on Audible and got myself a few extras, so hopefully my reading challenge will sky-rocket this month! 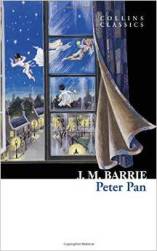 3. Peter Pan by J.M. Barrie
Desperate to hear bedtime stories, Peter Pan waits outside the nursery window of Wendy, John and Michael Darling. When Peter asks Wendy to fly with him to Neverland, the Darling children are whisked away to a world of adventure – of daring fairies, wondrous mermaid and The Lost Boys. But there is danger in Neverland too; the villainous Captain Hook is out for revenge and will stop at nothing to take it.

4. The Black Country by Alex Grecian
Blackhampton.
The Midlands. 1890.
Three people are missing. London’s Murder Squad sends two detectives…. They find a town of superstition, secrets and conspiracy.
The icy and crumbling coal-mining village to which Inspector Walter Day and Sergeant Hammersmith have been dispatched does not welcome outsiders. Tread carefully and they may catch the killer. But a wrong step will mean never seeing home again…

5. Draw the Line by Laurent Linn
Adrian Piper is used to blending into the background.
He may be a talented artist, a sci-fi geek, and gay, but at his Texas high school those traits would only bring him the worst kind of attention.
In fact, the only place he feels free to express himself is at his drawing table, crafting a secret world through his own Renaissance-art-inspired superhero, Graphite.
But in real life, when a shocking hate crime flips his world upside down, Adrian must decide what kind of person he wants to be. Maybe it’s time to not be so invisible aster all – no matter how dangerous the risk.

6. The Next One Will Kill You by Neil S. Plakcy
Angus wants more adventure that a boring accounting job, so after graduating with his master’s degree he signs up with the FBI. He’s assigned to the Miami field office, where the caseload includes smuggles, drug runners, and gangs, but he starts out stuck behind a desk, an accountant with a badge and gun.
Struggling to raise money for his little brother’s college tuition, he enters a strip trivia content at a local bar. But when he’s caught with his pants down by a couple of fellow agents, he worries that his extracurricular activities and his status as the only openly gay agent will crash his career. Instead, to his surprise, he’s added to an anti-terrorism task force and directed to find a missing informant.
It’s his first real case: a desperate chase to catch a gang of criminals with their tentacles in everything from medical fraud to drugs and jewel theft. With every corner in this case – from Fort Lauderdale’s gay bars to the morgue – turning to mayhem, Angus quickly learns that the only way to face a challenge is to assume that he’ll make it through this one – it’s the next one that will kill him. 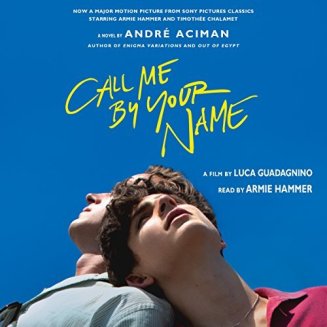 2. Call Me by Your Name by André Aciman
Call Me by Your Name is the story of a sudden and powerful romance that blossoms between an adolescent boy and a summer guest at his parents’ cliff-side mansion on the Italian Riviera. Unprepared for the consequences of their attraction, at first each feigns indifference. But during the restless summer weeks that follow, unrelenting buried currents of obsession and fear, fascination and desire, intensify their passion as they test the charged ground between them. What grows from the depths of their spirits is a romance of scarcely six weeks duration and an experience that marks them for a lifetime. For what the two discover on the Riviera and during a sultry evening in Rome is the one things both already fear they may never truly find again: total intimacy.