I was tagged by the wonderful Dougie (Second Star To The Right) to participate in 20 book-related questions and it was so much fun!

I’d say nothing around seven, it being the most books I’ve ever read in a series. (Yes, I mean Harry Potter) I usually end up taking a break and never returning to the series until years later if they’re any longer than that. (A Series of Unfortunate Events, all manga series I try to read)

2. How do you feel about cliffhangers?

I love cliffhangers. The most memorable one I have is when I was younger and I was reading the first Skulduggery Pleasant book extremely early in the morning. I promised myself I’d get some rest after I completed the next chapter, until it ended up being an incredibly shocking moment for one of the characters. (I won’t ruin it for anyone, but it was huge to me) Needless to say, I completed the book that night.

I love them both for different reasons, however, hardbacks are generally ones I reach for first; They’re just so pretty! But I have the tendency to buy more paperbacks – they’re less expensive and easier to read in public or in the early hours of the morning.

I have way too many, all which I love for their own reasons. However, here’s a few; 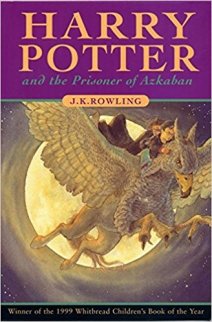 Probably either We Were Liars by E. Lockhart or Jay Asher’s Thirteen Reasons Why. I know how unpopular my opinion is of these, but they seemed to be like marmite to me. I couldn’t stand the characters or concept of We Were Liars, it being incredibly frustrating to me, and Thirteen Reasons Why has so much wrong with it I have no idea where to begin. Maybe I’ll write a whole post on it someday.

If done correctly, yes. If there is enough information on the characters or if a situation arises where a love triangle is necessary, then I’d love read about it. However, far too often, writers feel the need to include a love triangle purely for the drama it creates, or as a weak attempt to make younger viewers fall for the characters more. Honestly, if you write a character well enough, the reader will love them anyway; hero or villain.

Probably A Chosen Life by K.A. Parkinson. I wrote a review on it here anyway, as it was a book I received from Netgalley. However, it just didn’t interest me enough. I usually hate leaving books unfinished, but I think that one was the only exception. 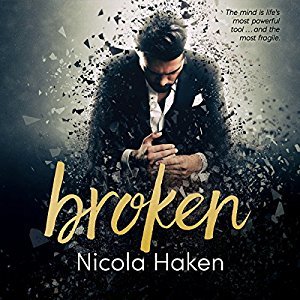 I’m currently preparing for YALC next week and am halfway through Christina Henry’s The Mermaid. Although, it’s definitely taking me a little while, the themes being pretty hard-hitting, I’m loving it.

I usually read an audiobook alongside a physical, which I listen to on long journeys or while playing The Sims. My current read is Broken by Nicola Haken. I’ve only listened to 9% at the minute, but the narrative is making it a very fun read.

9. Last book you recommended to someone?

I have the tendency to recommend any book I love to anyone willing to listen, so it’s difficult to keep track of them all. But, some I tend to recommend a lot are;

That would be William Shakespeare’s A Midsummer Night’s Dream, I believe, written in 1595/6.

This was my most recent read! Alice Oseman’s I Was Born For This, released a few months ago. Check out my review here!

I have so many, all who I love for many different reasons. However, here’s a few;

Both. I love libraries, but I haven’t been able to visit a few for a while now due to my struggles with anxiety. Plus, none of the libraries near me have a good selection of YA titles, and that’s mostly what I read nowadays. So, I usually end up buying my books then giving them out to people to borrow.

14. A book you dislike that everyone else seems to love?

This answer would be the same as Question 5’s. Most reviews I’ve read seem to only praise We Were Liars and Thirteen Reasons Why, but I can’t stand either of them.

I have a huge collection of bookmarks that are some of my most prize possessions, and I can’t stand it when people dog ear pages. I usually end up passing them something to use in replacement, like a ripped sheet of paper or a sticky note. I usually have something on hand in case I lose my own. You never know…

This one has kind of the same answer as question four, as all of my favourite books are those that I could never get bored of. However, some I’ve recently returned to are;

17.  Can you read while hearing music?

No, I need complete silence while I reading, which can be difficult in certain places.

I don’t really mind multiple POV’s, as long as it’s not switching too often. However, it can become a little excessive at times. I like the use of the unreliable narrator when there’s only one POV too much though.

19. Do you read a book in one sitting or over multiple days?

I much prefer to read a book in one sitting, usually managing it if it’s only around 300/400 pages. However, it definitely depends on the genre I’m reading. Usually, I can read contemporaries in one sitting, them being fairly easy reads to me. If I’m reading a fantasy or crime, however, that’s commonly across a few days. The only exception of that is Christina Henry books, her writing being perfect for one-sitting reads.

20. A book you’ve read because of the cover?

Earlier this year, I read Starfish by Akemi Dawn Bowman, which I requested from Netgalley mostly for the gorgeous cover. Thankfully, I adored the story too!

I have no excuse other than laziness, but feel free to take part in this tag if you’d like!