October has been a bit of a blur for me. Although, I’m still unsure whether that’s a positive or negative thing, I’ve managed to achieve a few things blog wise that I’d hoped to. I’m not going to set myself any goals for November, planning to simply blog whenever I have the time and energy and dedicate more time to self-care rather than anything else. Anyways, here’s what I got up to during spooky month!

Outside the world of blogging…

I feel as if I’ve had time pass with very little achievements this month, but as it gets more towards the end of the year I’m hoping to get the chance to get involved in a few more exciting things. This month I’ve:

So, this month I was hoping to read four books, three of which being for my studies while the other was a choice of my own. I managed to read most of what my degree has asked of me, but I’ve unfortunately had to sway away from my reading list a little.

Favourite Reads of the Month: 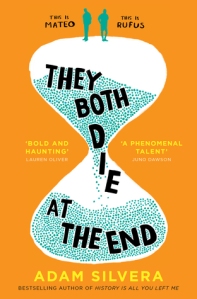 Although, I’ve spent many Tuesday’s forgetting what day it was until receiving multiple notifications of other bloggers posts, I’ve finally managed to create one of my own. One of my most important lectures falls on a Tuesday, so it’s pretty difficult to balance that and the blog… that’s the excuse I’m going with anyway.

Character of the Month

As October is officially branded spooky season, I couldn’t not dedicate it to one of my favourite horror characters. Although, she’s not from a novel or within the YA genre, she’s an incredibly important one for me and I’ve been saving her for this month for so long!

I’ve finally managed to update this section of the blog! It’s been so long since I’ve had the chance to attend any book events, but I’ve been lucky enough to attend two this month. They’re some of my favourite posts I’ve written, using more accurate quotations from the talk and making notes as I go along during the events, which I believe has worked out much better than previously.