Note: This post contains spoilers from the Fantastic Beasts series.

Okay, hear me out. I know that I made Newt Scamander the Character of the Month in November, but I simply cannot stop thinking about this series and how wonderful all its characters are. Plus, the fact that Newt and Tina were separated only made things more muddled in The Crimes of Grindelwald so it wouldn’t be right to separate them on this blog too…

One of the main things I love about Tina is her complexity; there’s so much to this character. She’s fairly awkward, and bashful and deals with a lot of self-doubt throughout the series, and yet there is also times where she is incredibly confident and dominant in her life. She’s a whole collection of traits and it makes her come alive both on screen and in the scripts.

Tina’s life hasn’t been the easiest, from her parents death to the problems that arose within her career, meaning throughout her life she has had to be very strong, both for herself and her sister, Queenie. This is incredibly important representation for siblings and I believe it was handled really well. Tina is an incredibly mature character, especially in comparison to her younger sister, so it’s a subtle yet skilled way of presenting the history and relationship between her and her family. Although, it can be argued that she comes across as bossy or rude throughout the franchise, I firmly believe that it only adds to her character. As Tina is fairly career driven, any threat to her work and the effort she puts into it is bound to add to the stress in her life. In Fantastic Beasts and Where to Find Them, Tina’s job is continuously threatened, even before Newt’s arrival to New York. So, naturally, her reaction to his case would be seen as both another threat and an opportunity for redemption.

In short, I love this character a lot and she deserves so much more recognition. She’s one of the most human characters within the series.

Who is Tina Goldstein?

Note: Tina Goldstein is portrayed by Katherine Waterston in the Fantastic Beasts franchise. 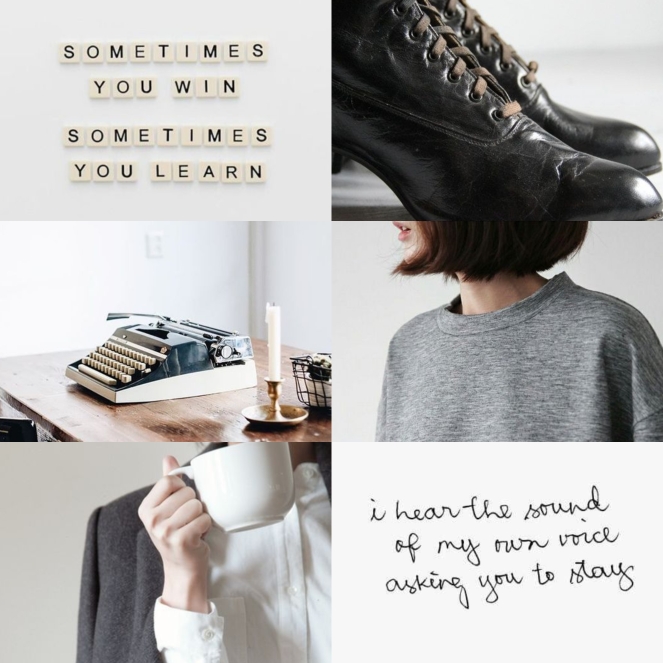 NEWT: I got this—I mean, it’s just a picture of you from the paper, but it’s interesting because your eyes in newsprint . . . See, in reality they have this effect in them, Tina . . . It’s like fire in water, in dark water. I’ve only ever seen that—
(struggling) I’ve only ever seen that in—
TINA (whispers): Salamanders?
Fantastic Beasts: The Crimes of Grindelwald – The Original Screenplay

Newt Scamander: I can’t think of anyone that I’d rather have investigating me.
Tina Goldstein: Try not to need investigating for a bit.
Fantastic Beasts and Where to Find Them Film

Newt Scamander: You can tell me to mind my business, but I saw something in that death potion back there. I saw you hugging that Second Salem boy.
Porpentina Goldstein: His name’s Credence. His mother beats him. She beats all those kids she’s adopted, but she seems to hate him the most.
Newt Scamander: And she was the No-Maj you attacked?
Porpentina Goldstein: That’s how I lost my job. I went for her in front of a meeting of her crazy followers. They all had to be Obliviated. It was a big scandal.
Fantastic Beasts and Where to Find Them Film

2 thoughts on “Character of the Month (December ’18) | Tina Goldstein”