Although, I told myself I’d be a little more restrained this month with my book purchases, considering I have a whole jar full of book titles I’m yet to read, I’ve been blessed by huge sales and a whole lot of loyalty card points; enough for me to get my hands on a few highly anticipated titles so early into 2019! This year is looking up already…

The majority of these books were purchased at Foyles, where they had a great selection in the sales, with one or two from Forbidden Planet and Waterstones. However, all of which were purchased at less than their standard retail prices – so it doesn’t count, okay? I’m still showing restraint, I swear! 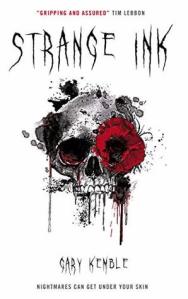 Published: 2018, by Titan Books.
Pages: 387
Format: Paperback
Genre: Horror, Fantasy, Fiction
Summary: When washed-up journalist Harry Hendrick wakes one morning with a hangover and a strange symbol tattooed on his neck, he shrugs it off as a bad night out. But soon more tattoos appear: grisly, violent images which come accompanied by horrific nightmares – so he begins to dig deeper. Harry’s search leads him to a sinister disappearance, torment from beyond the grave, and a web of corruption and violence tangled with his own past. One way or another, he has to right the wrongs.

This book just sounds incredible. I’ve been desperate for a new horror that’ll hook me from the first page and I think I’ve found it; I mean, I’m hooked on the blurb alone. Harry Hendrick gives me serious Tom-Hardy-as-Eddie-Brock vibes, so I can’t wait to delve into this story and learn all about him.

Published: 2018, by HarperCollins Publishers.
Pages: 381
Format: Paperback
Genre: Horror, Fiction, Thriller, Science Fiction, Dystopia, Mystery, Apocalyptic, Post Apocalyptic
Summary: Malorie raises the children the only way she can: indoors, with the doors locked, the curtains closed, and mattresses nailed over the windows.
The children sleep in the bedroom across the hall, but she she will have to wake them and blindfold them.
Today they will risk everything. Today they will leave the house.

I’m one of those people that just can’t watch a film if I know there was a book of it first, I just can’t. I need to read the original, living in permanent fear of the film tainting my thoughts and imagery of the story. So, naturally, after the success of the Netflix adaptation, I have to see what the fuss is about… as long as I read the book first.

Published: 2018, by Black Swan.
Pages: 310
Format: Paperback
Genre: Historical, Historical Fiction, Feminism, Fiction
Summary: It is 1928. Matilda Simpkin is a woman with a thrilling past and a chafingly uneventful present.
In her youth, she was a militant suffragette. Jailed five times, she marched, sang, smashed windows and heckled Winston Churchill. But nothing since then has had the same depth, the same excitement.
Now in middle age, Mattie is looking for a few purpose. Giving the wooden club she still keeps in her handbag a thoughtful twirl, she is struck by an idea – but what starts as a brilliantly idealistic plan is derailed by a connection with Mattie’s militant past, one which begins to threaten every principle she stands for.

This book sounds like a simply beautiful read. I adore anything from the 20-30’s and the suffragettes, so this sounds like the afternoon-tea-read to me. Matilda seems like a brilliantly determined protagonist, so I’m looking forward to learning more about her as soon as I can. 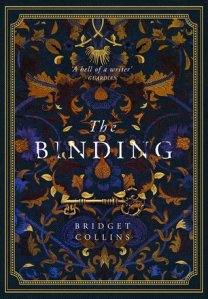 Published: 2019, by Borough Press.
Pages: 448
Format: Hardcover
Genre: Fantasy, Historical, Historical Fiction, Fiction, Adult
Summary: Emmett Farmer is working in the fields when a letter arrives summoning him to begin an apprenticeship. He will work for a Bookbinder, a vocation that arouses fear, superstition and prejudice – but one neither he nor his parents can afford to refuse.
He will learn to hand-craft beautiful volumes, and within each he will capture something unique and extraordinary: a memory. If there’s something you want to forget, he can help. If there’s something you need to erase, he can assist. Your past will be stored safely in a book and you will never remember your secret, however terrible.
In a vault under his mentor’s workshop, row upon row of books – and memories – are meticulously stored and recorded.
Then one day Emmett makes an astonishing discovery: one of them has his name on it.

The summary for this book alone makes me feel around one hundred emotions at once. Everything about it is just something I wished I’d had the brains to think of myself, so I can’t wait to get started. Plus, Emmett is such a beautiful name.

Published: 2018, by Sphere.
Pages: 356
Format: Hardcover
Genre: Romance, Contemporary, Fiction
Summary: In 1952, two young lovers, Fawn Burrows and Walter Brown, meet backstage in a beautiful West End theatre during a production of When The Curtain Falls. Between clandestine meetings and stolen moments, they must hide their love from the one person who will stop at nothing to keep Fawn for himself. But life in the theatre doesn’t always follow the script, and tragedy and heartache are waiting in the wings for all the players…
Almost seventy years later, a new production arrives at the theatre, bringing with it Oscar Bright and Olive Green and their budding romance. But no sooner has the new cast settled into their dressing rooms than strange things begin to happen. Ghosts of productions past haunt the theatre, or so the story goes. Can Oscar and Olive get to the truth of the matter before tragedy strikes once more?

I’ve been meaning to grab a copy of this book since its release last year, but I just couldn’t bring myself to pay the full price. Thankfully, it was being sold for half price, and I had a lot of loyalty card points to spare.