There are so many great titles being released this year, that I thought I’d compose them all into this little post. It’s a little late into 2020 than I’d originally planned to write this, but there’s still a load of releases not out yet to discuss. Honestly, I just enjoy researching into upcoming titles and adding them to my Goodreads account. It’s a fun way of getting excited for the upcoming year! 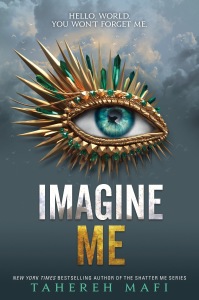 Juliette Ferrars.
Ella Sommers.
Which is the truth and which is the lie?
Now that Ella knows who Juliette is and what she was created for, things have only become more complicated. As she struggles to understand the past that haunts her and looks to a future more uncertain than ever, the lines between right and wrong—between Ella and Juliette—blur. And with old enemies looming, her destiny may not be her own to control.
The day of reckoning for the Reestablishment is coming. But she may not get to choose what side she fights on.

This series has very much become a guilty pleasure of mine, beginning to binge read it whilst recovering in hospital. They’re such easy reads that it’s impossible not to get addicted to the story. Plus, the covers are just gorgeous.

Kingdom of the Wicked | Kerri Maniscalco 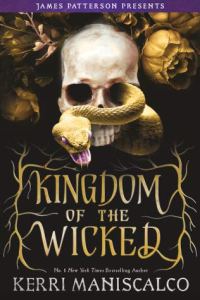 Emilia and her twin sister Victoria are streghe – witches who live secretly among humans, avoiding notice and persecution. One night, Victoria misses dinner service at the family’s renowned Sicilian restaurant. Emilia soon finds the body of her beloved twin…desecrated beyond belief. Devastated, Emilia sets out to discover who did this, and to seek vengeance at any cost—even if it means using dark magic that’s been long forbidden.
Then Emilia meets Wrath, the outlier among the seven demon brethren, always choosing duty over pleasure. He’s been tasked by his master with investigating a series of women’s murders on the island. When Emilia and Wrath’s fates collide, it’s clear this disturbing mystery will take a bewitching turn…

It’s no secret to this blog that I’m in love with Kerri Maniscalco’s works and I was heartbroken when the ‘Stalking Jack the Ripper’ series ended, but I’m overjoyed at the sight of this new series. There’s witches, murder, and yet again, gorgeous names. What more could you want?

All Your Twisted Secrets | Diana Urban

What do the queen bee, star athlete, valedictorian, stoner, loner, and music geek all have in common? They were all invited to a scholarship dinner, only to discover it’s a trap. Someone has locked them into a room with a bomb, a syringe filled with poison, and a note saying they have an hour to pick someone to kill … or else everyone dies.
Amber Prescott is determined to get her classmates and herself out of the room alive, but that might be easier said than done. No one knows how they’re all connected or who would want them dead. As they retrace the events over the past year that might have triggered their captor’s ultimatum, it becomes clear that everyone is hiding something. And with the clock ticking down, confusion turns into fear, and fear morphs into panic as they race to answer the biggest question: Who will they choose to die?

I get serious ‘One of Us is Lying’ vibes from this book, but it sounds a hell of a lot darker. Needless to say, this synopsis definitely peaked my interest.

Return to the City of Sin, where the final game is about to begin…and winning will demand the ultimate sacrifice.
Only days after a corrupt election and brutal street war, one last bloodthirsty game has begun. The players? The twenty-two most powerful, notorious people in New Reynes.
After realizing they have no choice but to play, Enne Scordata and Levi Glaisyer are desperate to forge new alliances and bargain for their safety. But while Levi offers false smiles and an even falser peace to the city’s politicians, Enne must face a world where her true Mizer identity has been revealed…and any misstep could turn deadly.
Meanwhile, a far more dangerous opponent has appeared on the board, one plucked right from the most gruesome legends of New Reynes. As the game takes its final, vicious turn, Levi and Enne must decide once and for all whether to be partners or enemies.
Because in a game for survival, there are only losers…
And monsters.

Yet another series I’m in love with, and I can’t wait for the next instalment of the story. I love everything about this universe; the characters, the concept, the setting – everything is simply perfection. To summarise, I need to get my hands on this book immediately. 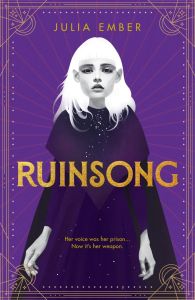 Her voice was her prison…
Now it’s her weapon.
In a world where magic is sung, a powerful mage named Cadence must choose between the two. For years, she has been forced to torture her country’s disgraced nobility at her ruthless queen’s bidding.
But when she is reunited with her childhood friend, a noblewoman with ties to the underground rebellion, she must finally make a choice: Take a stand to free their country from oppression, or follow in the queen’s footsteps and become a monster herself.

This concept seems so interesting, that I couldn’t help but give it a spot in this list. Plus, I can’t not show off a cover this beautiful.