Note: This post contains spoilers from the Half Bad Trilogy by Sally Green.

Finally, I’ve encountered a month where the associated character was easy to choose. Although, there was a few torn characters, I knew the series I’d choose immediately; one of my teenage years favourites.

I first fell in love with the Half Bad trilogy back in 2014, when the first novel was released and haven’t looked back since, adoring the world and its characters. Nathan was the first character who deeply intrigued me, being able to route for him immediately and empathising with the pain he was suffering.

Nathan Byrn is an incredibly admirable character, having multiple difficulties from beginning to end of the novel. He’s beaten, bruised, tortured and disregarded from everyone he meets, yet continued to be strong and fight through the pain in his life. His high determination forced him onward, whilst those he met and admired continued to be on his mind throughout it all. He doesn’t care for those who don’t care for him, concentrating on those who do and perseveres to see them again. His relationship with Gabriel is wonderful, him being the first character within the novel to truly understand him and sympathise with his struggles. They’re there for each other throughout thick and thin and its beautiful to read of their interactions with another. I adore this character, regardless of the fact he’s a little rough around the edges.

Who is Nathan Byrn? 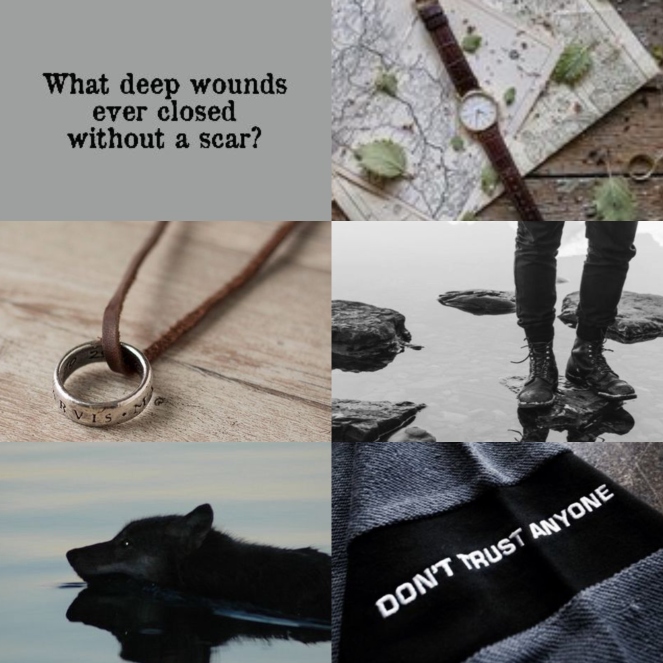 “You’ve been away a long time, were you lost?”
“I was wounded, not lost.”
Half Lost

“Gabriel says, ‘He swears like Nathan, but any uneducated idiot can do that.’
I swear at him now, not sure if he’s joking or not. ‘Just tell her it’s me, Gabriel.’
He comes to me, puts a hand on my chest and looks into my eyes, saying, ‘But is it you?’ Then he leans closer to me, his body against mine, and he moves his mouth to my ear and I feel his breath as he whispers, ‘You’ve been away a long time. Were you lost?’
I turn to him, my lips brushing his hair as I mumble, ‘I got fucking wounded, bloody lost and climbed the shitting Eiger.’
‘Close, but not exactly –’
‘I’m sticking to the spirit of it rather than word for word.’
Gabriel turns to Greatorex, saying, ‘It’s him. But still feel free to shoot him.”
Half Lost

‘You’re my friend, Gabriel.’
‘Do you kiss all your friends like that?’ But he asks it without the harshness of his other questions. It’s a real question.
‘Just you.”
Half Wild

“The point of being good is doing it when it’s tough, not when it’s easy.”
Half Wild

One thought on “Character of the Month (July ’20) | Nathan Byrn”