It’s been a while since I’ve picked up my Kindle, however, with the current circumstances I felt a little guilty purchasing things online that weren’t essential. So, luckily I owned a Kindle paperwhite, and felt it was about time I treated myself to a few titles that had a good deal on. I’m very impressed with the amount I managed to get with my giftcard!

Series: Stalking Jack the Ripper
Genre: Historical, Historical Fiction, Young Adult, Mystery, Romance, Thriller, Horror, Fiction
Summary: Audrey Rose Wadsworth and Thomas Cresswell have landed in America, a bold, brash land unlike the genteel streets of London they knew. But like London, the city of Chicago hides its dark secrets well. When the two attend the spectacular World’s Fair, they find the once-in-a-lifetime event tainted with reports of missing people and unsolved murders.
Determined to help, Audrey Rose and Thomas begin their investigations, only to find themselves facing a serial killer unlike any they’ve heard of before. Identifying him is one thing, but capturing him—and getting dangerously lost in the infamous Murder Hotel he constructed as a terrifying torture device—is another. 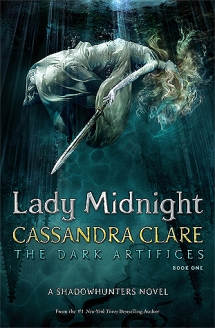 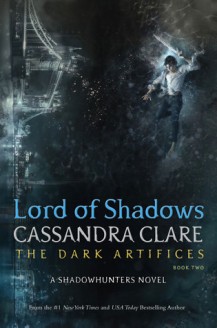 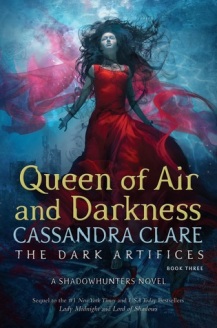 Genre: Fantasy, Young Adult Romance, Paranormal
Summary: It’s been five years since the events of City of Heavenly Fire that brought the Shadowhunters to the brink of oblivion. Emma Carstairs is no longer a child in mourning, but a young woman bent on discovering what killed her parents and avenging her losses.
Together with her parabatai Julian Blackthorn, Emma must learn to trust her head and her heart as she investigates a demonic plot that stretches across Los Angeles, from the Sunset Strip to the enchanted sea that pounds the beaches of Santa Monica. If only her heart didn’t lead her in treacherous directions…
Making things even more complicated, Julian’s brother Mark—who was captured by the faeries five years ago—has been returned as a bargaining chip. The faeries are desperate to find out who is murdering their kind—and they need the Shadowhunters’ help to do it. But time works differently in faerie, so Mark has barely aged and doesn’t recognize his family. Can he ever truly return to them? Will the faeries really allow it?

Series: The Aurora Cycle
Genre: Science Fiction, Young Adult, Fantasy
Summary: The year is 2380, and the graduating cadets of Aurora Academy are being assigned their first missions. Star pupil Tyler Jones is ready to recruit the squad of his dreams, but his own boneheaded heroism sees him stuck with the dregs nobody else in the Academy would touch…
A cocky diplomat with a black belt in sarcasm
A sociopath scientist with a fondness for shooting her bunkmates
A smart-ass techwiz with the galaxy’s biggest chip on his shoulder
An alien warrior with anger management issues
A tomboy pilot who’s totally not into him, in case you were wondering
And Ty’s squad isn’t even his biggest problem—that’d be Aurora Jie-Lin O’Malley, the girl he’s just rescued from interdimensional space. Trapped in cryo-sleep for two centuries, Auri is a girl out of time and out of her depth. But she could be the catalyst that starts a war millions of years in the making, and Tyler’s squad of losers, discipline-cases and misfits might just be the last hope for the entire galaxy.

The Red Scrolls of Magic | Cassandra Clare and Wesley Chu

Series: The Eldest Curses
Genre: Fantasy, Young Adult, LGBT
Summary: All Magnus Bane wanted was a vacation—a lavish trip across Europe with Alec Lightwood, the Shadowhunter who against all odds is finally his boyfriend. But as soon as the pair settles in Paris, an old friend arrives with news about a demon-worshipping cult called the Crimson Hand that is bent on causing chaos around the world. A cult that was apparently founded by Magnus himself. Years ago. As a joke.
Now Magnus and Alec must race across Europe to track down the Crimson Hand and its elusive new leader before the cult can cause any more damage. As if it wasn’t bad enough that their romantic getaway has been sidetracked, demons are now dogging their every step, and it is becoming harder to tell friend from foe. As their quest for answers becomes increasingly dire, Magnus and Alec will have to trust each other more than ever—even if it means revealing the secrets they’ve both been keeping.

Series: Harley Merlin
Genre: Fantasy, Young Adult, Fiction, Paranormal, Magic
Summary: Harley Merlin can sense people’s emotions, among other things. It’s how she snagged her first job pinpointing cheaters at a casino.
But she has no clue where she got these freakish powers because she spent her childhood jumping from home to home in the foster system, and her father left her with nothing more than a cryptic note.
Then she crosses paths with a terrifyingly real monster. Which is when a mysterious and annoyingly arrogant young warlock named Wade Crowley steps in, introducing her to a hidden world of beasts, magicals, and covens riddled with secrets—as well as clues about her murky past.
Whether she likes it or not, this new world is where she belongs. But after a disturbing twist of events, Harley quickly realizes that her past is darker than she could ever have imagined.
And that someone in the coven is out for her blood.
With the help of Wade and her new friends, she must figure out who the traitor is and why they’re targeting her… Before the human and magical worlds dangerously collide.

Series: Stalking Jack the Ripper
Genre: Historical, Historical Fiction, Mystery, Romance
Summary: Enigmatic, brooding, and darkly handsome, Thomas Cresswell has always been the one mystery Audrey Rose has never been able to fully solve. As brilliant partners in crime investigation, they understand each other perfectly…but as young lovers, their passionate natures have led to both euphoria and heartbreak throughout the Stalking Jack the Ripper series.
This novella features a collection of scenes that takes place during and after the pair’s horrifying Atlantic voyage in Escaping From Houdini. Experience new and familiar scenes from Thomas’s unique point of view, including an intensely personal look into his plea for Audrey Rose’s hand in marriage.
With a romance for the ages, Audrey Rose and Thomas reach the conclusion to their epic, irresistible partnership in their final adventure, Capturing the Devil.

One thought on “Telling Tales | A Kindle Book Haul”